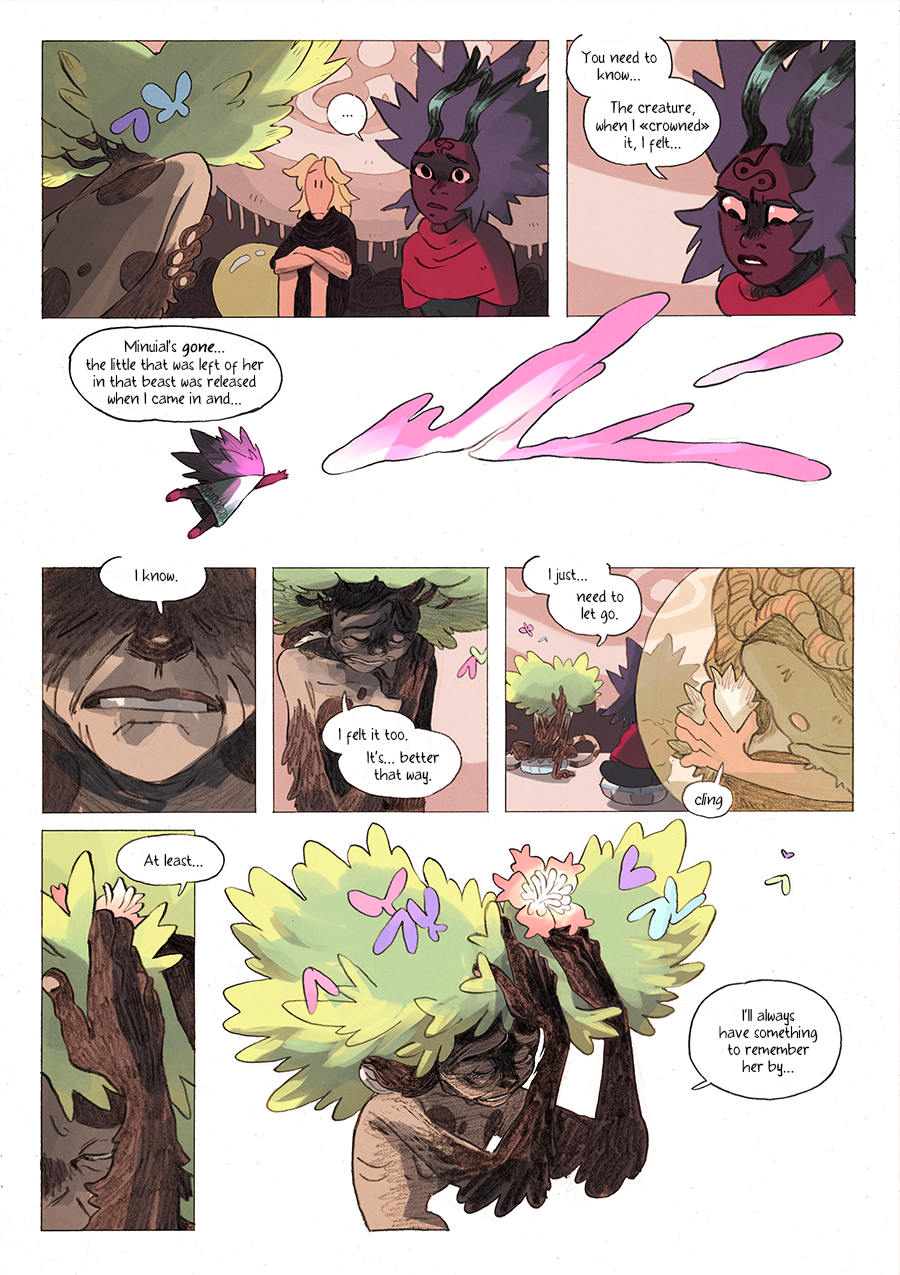 The flower was still there and hidden all along :)

And just because it won't be explained in the comic: the eldress hid it from her clan of polypans to make it seem like it's possible to not fall in love with non-pans. She probably told them the story of Minuial's visits, but might have led them to believe that she since then has given up on her love and has no flower any longer. This lie, she hopes, might encourage them to try and resist their nature and stop falling in love so quickly.

The Eldress has several lies in hand like that, but believes it's for the better cause (which is their survival).