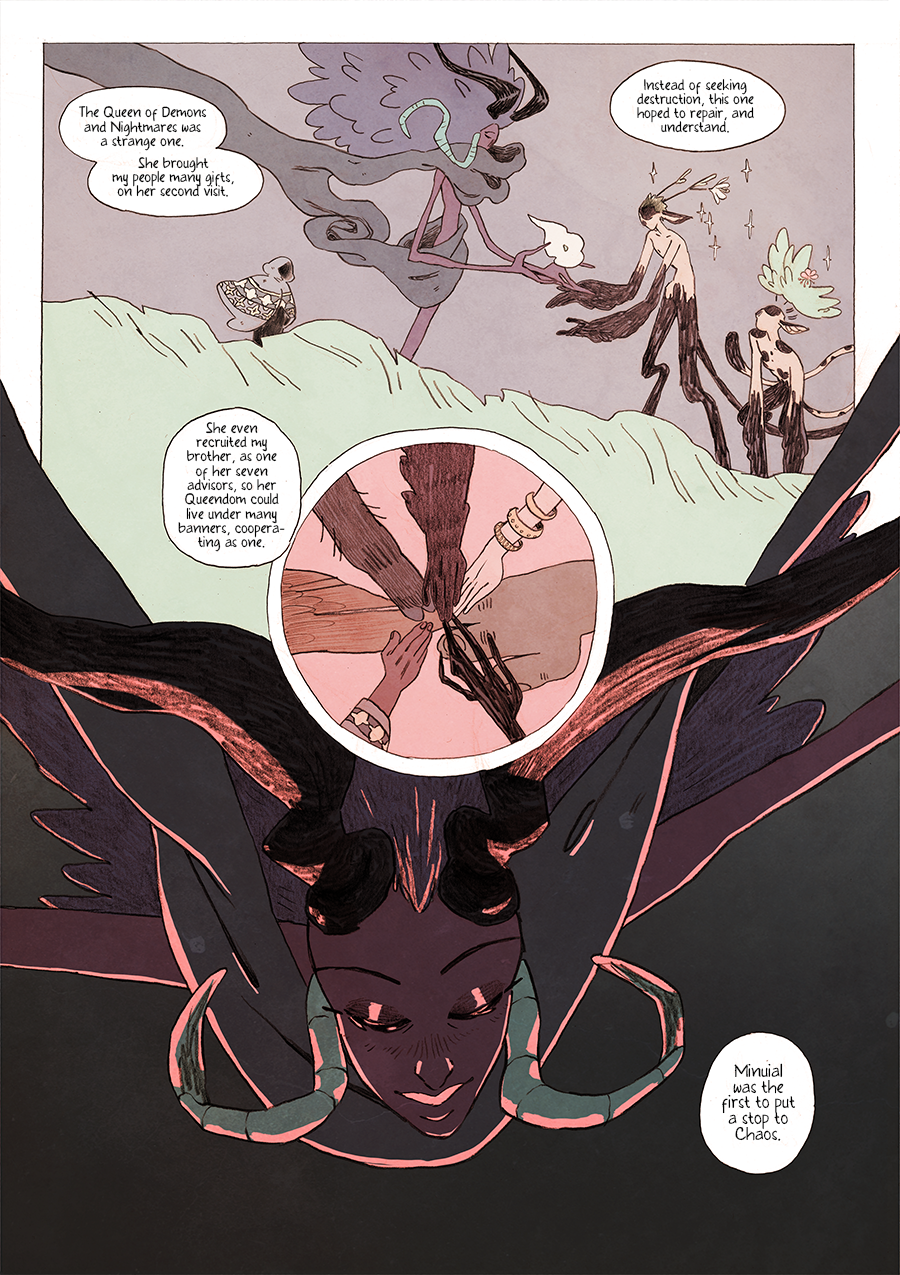 This is the 400th page of Headless Bliss!

I want to take this moment to share some thoughts I've had on this creation of mine:

I don't think Headless Bliss is a "good comic".

This isn't to be unnecessarily hard on myself, or to seek any form of reassurance on your part, don't worry ;)

I like to think this comic has a huge amount of potential, and it just hasn't used all of it. Or rather, I failed to make it connect and stick it all together in such a way that keeps things consistent and accessible enough for readers to follow, and feel for the characters. In my opinion, it is over-complicated and could be simplified and condensed many times.

Headless Bliss isn't a bad comic either, I don't think, but it lacks the story-telling and rhythm it deserves.

This was always an ambitious comic to create alone, and it has taught me a lot through these (oh my) seven years of telling it.

And I won't stop doing it. I've been told by a few people (that have my best interest at heart) that maybe it could at least take a break, a hiatus, or just left off for other stories. But I can't.

While I see many failures to keep enough people invested enough in the story, I just love these characters too much and I myself am too personally invested in the story.

So there you go, a little thought on my own work: I have lots of critics, but even more love for it.

I'll do my best to make it all fit together, and maybe I can correct some mistakes on the way, and not wait too long for reveals to come and an end to make it whole. But there will probably be a few more chapters before that happens... see you on the 500th page? :)

And who knows, maybe one day, years later, I'll return to this story and ask these characters "ready for another round?"